Today´s original ARP 2500 patch is a rather simple one. But it´s interesting because of its legions of oscillators, one of which operates as an LFO. I´m very curious how this mass of VCOs will reproduce the original ARP sound in Voltage Modular. Let´s get going!

There are 10 VCO modules 1004-T working as sound generators. All of them are tuned to the same pitch, and all of them use only the saw wave, but 4 of the VCOs are switched to inverted saw waves. 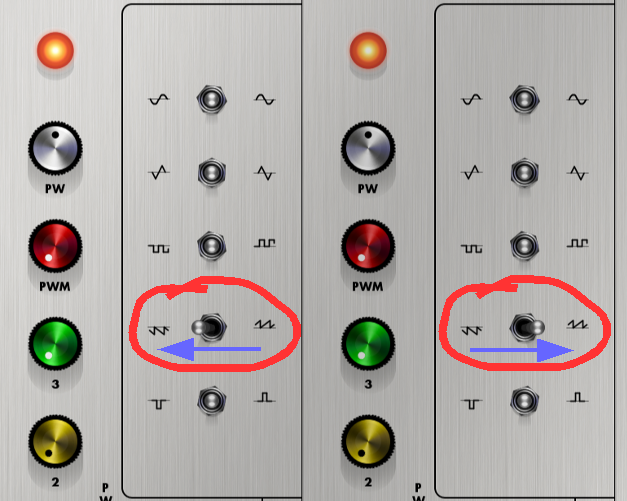 The outputs of the 10 VCOs are divided between audio inputs 2 and 3 of the FiltAmp module 1006. 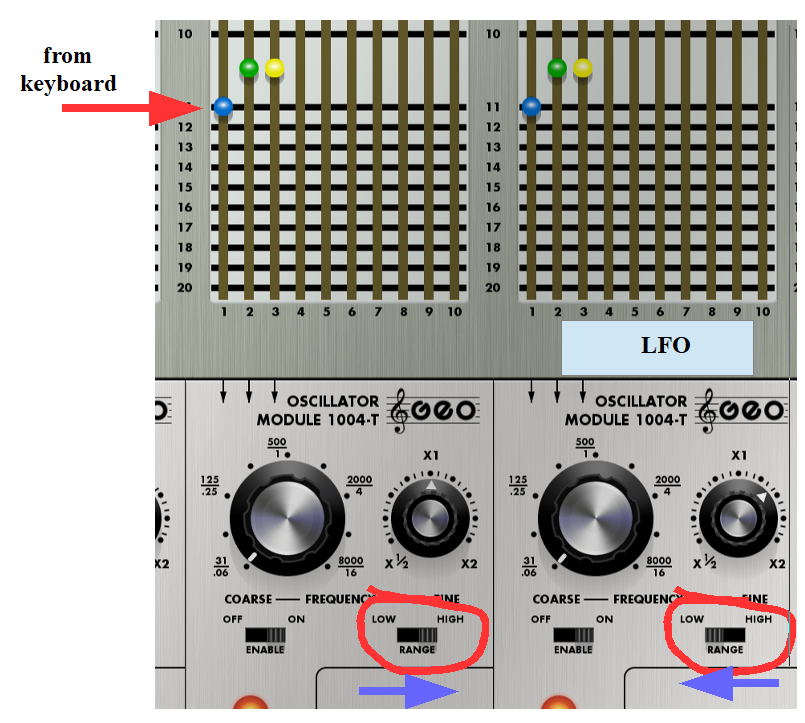 This LFO modulates the cut-off frequency of the FiltAmp module 1006, but only at a very small amount. And there´s a tiny little bit of resonance adjusted at the filter. 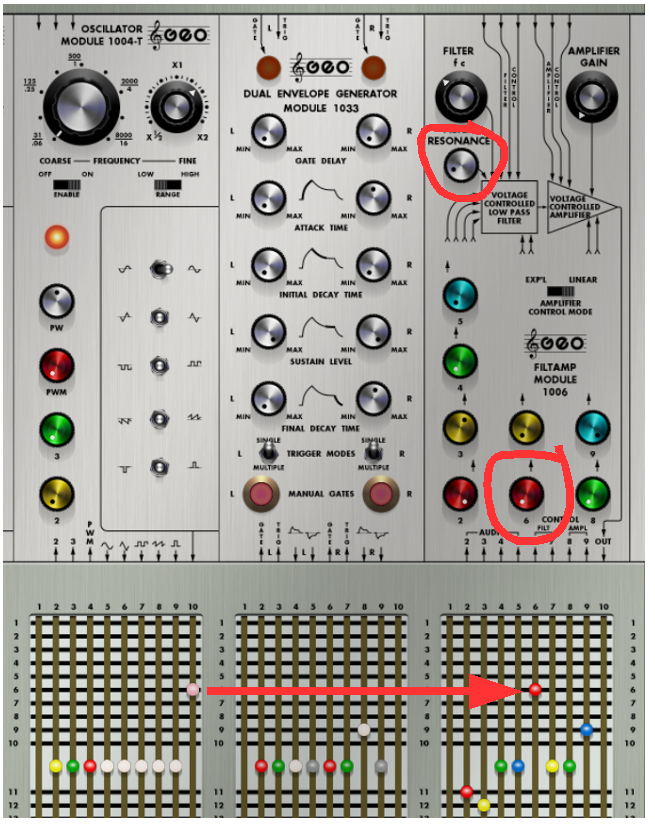 The envelope generator module 1033 gets its trigger and gate signals from the keyboard. 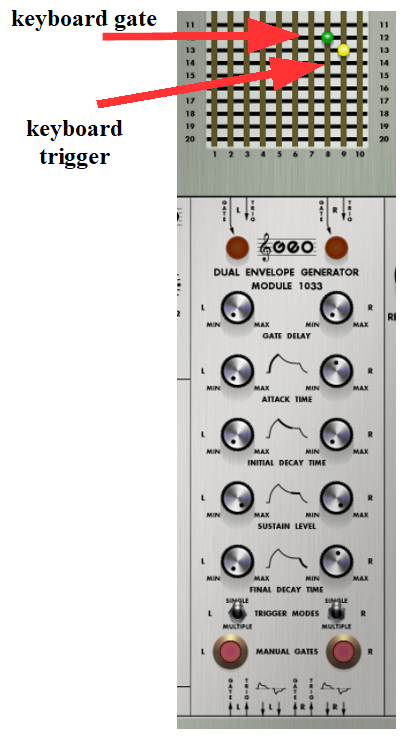 And the envelope´s output modulates the gain of the VCA in the FiltAmp module 1006. 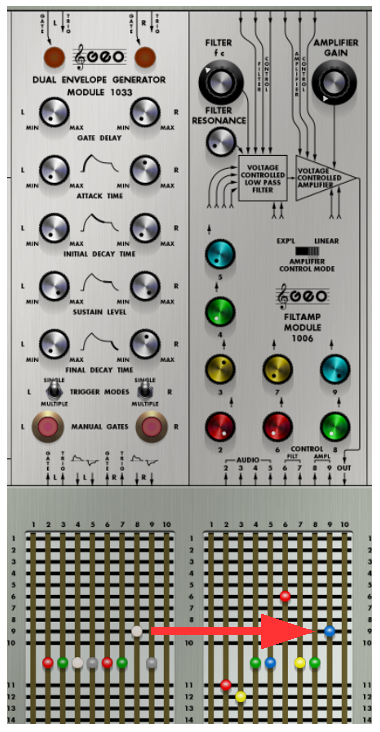 Well, that´s all. The following video demonstrates this patch in action including a bit of filter modulation changes:

First of all the 11 oscillator modules 1004-T, one of which in LFO mode, some switched to the inverted wave shapes like mentioned before. 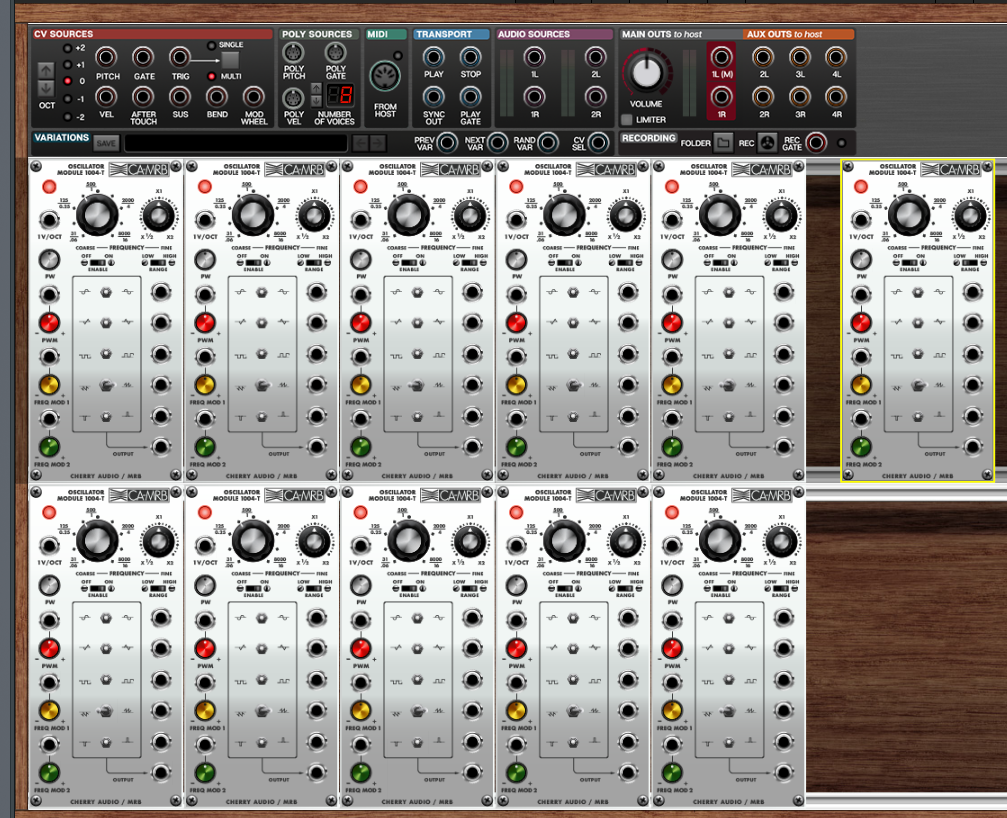 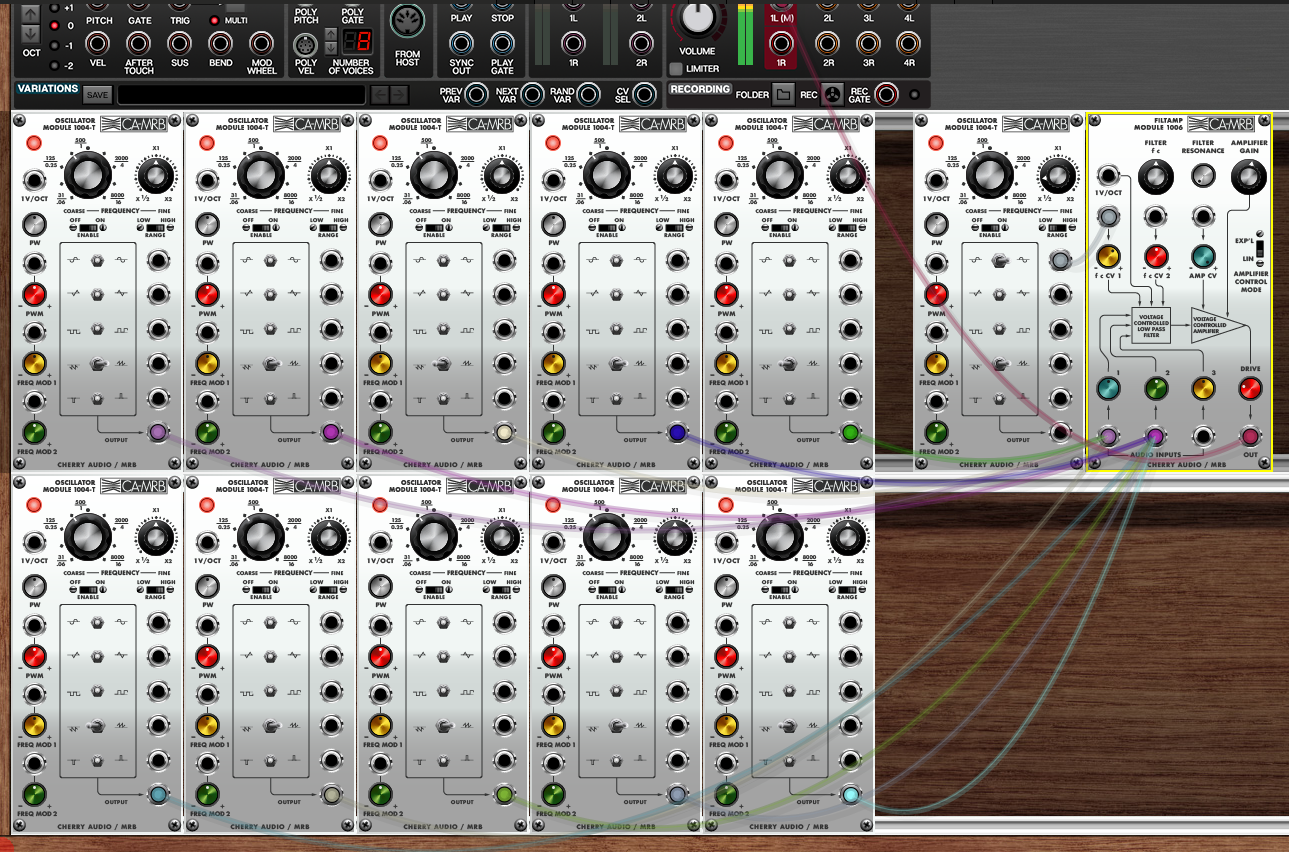 I insert an ADSR module, the module 1033, adjust the parameters according to the original patch, and patch the output of the module to the VCA gain modulation input of the FiltAmp module. 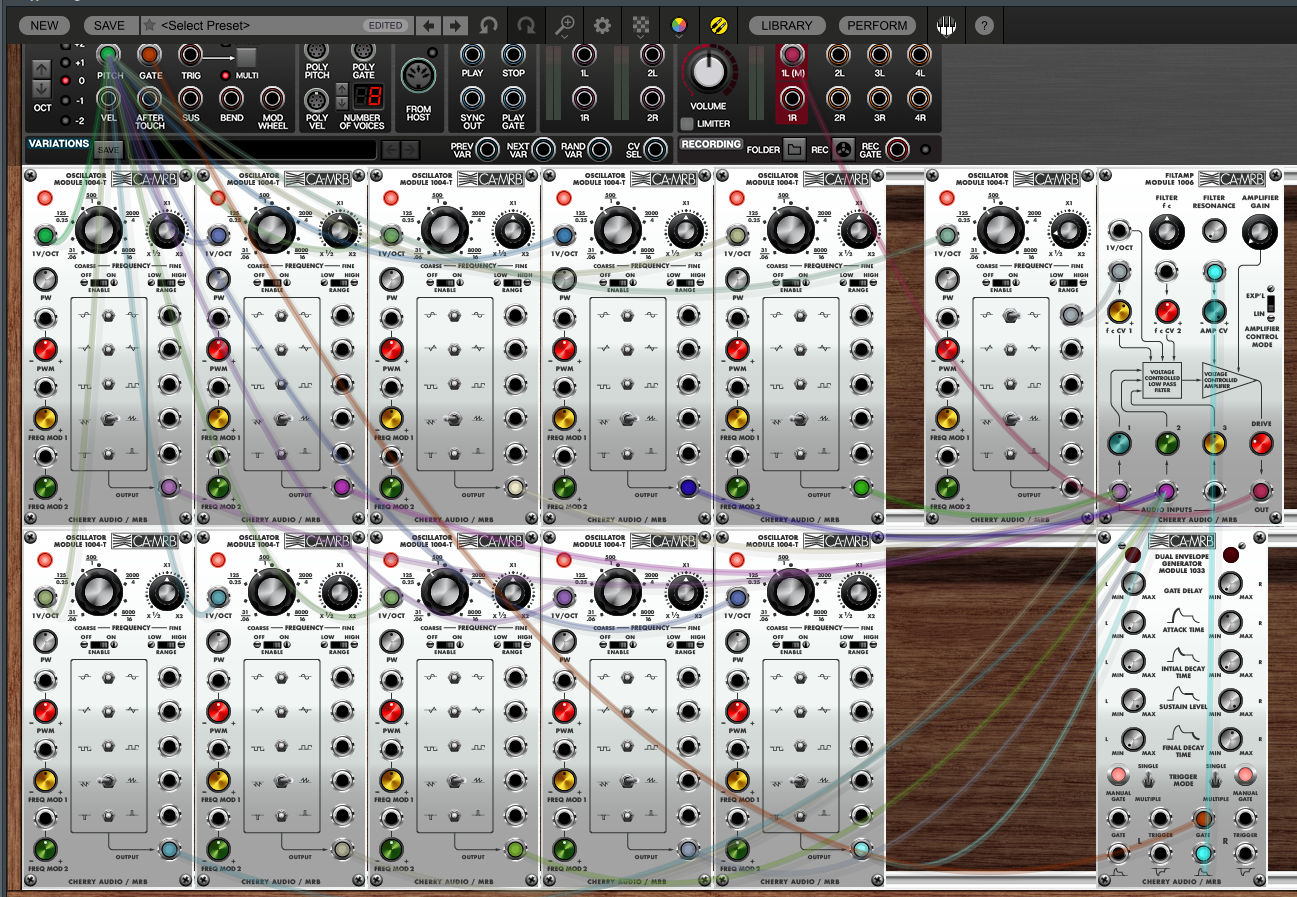 The sonic result is, well, rather different from the original. Even with a lot of very detailed tweaking of the filter and the oscillators, we don´t come very near to the original sound. - But a nice sound we get anyway.