The Cradles of Electronic Music - Part 1 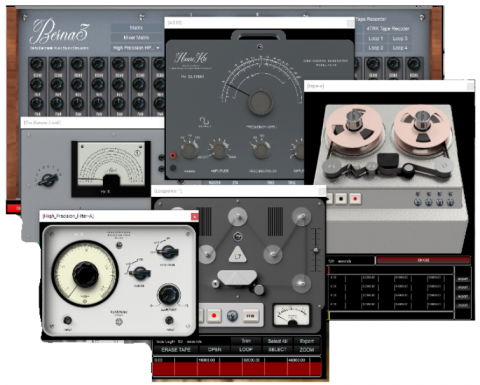 Pioneering spirit, unbridled curiosity, radicalism in artistic thinking, dissatisfaction with the status quo and the rejection of any boundaries shaped the climate into which electronic music was born. Artists and technicians, musicians and physicists were the parents who brought new music to the world in the 1950s - electronic music. Some of them called their works timbre music, others still stuck to terms like atonal music for a while, not having found a more adequate term yet. (Just to set things right: “atonal music” simply means not adhering to traditional harmonic concepts of a key and/or a mode – that´s it, no specific relation to electronics at all.) 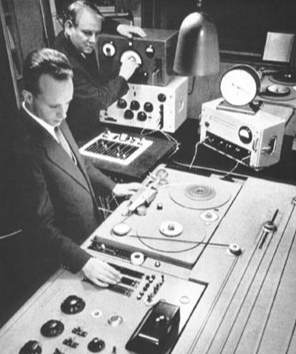 In Cologne it were people like Werner Meyer-Eppler, a physicist and information theorist who had published a book about producing music using only electronics back in 1949. And Rober Beyer, a composer and audio engineer, who had been thinking of a so called “Klangfarbenmusik” (timbre music) since the 1920s (not thinking exclusively of electronic equippment though). The composer and music journalist Herbert Eimert was one of the other participants of the founding meeting of the NWDR (later WDR) “Studio für Elektronische Musik”. Eimert had been a “musical rebel since he started studying musical composition in 1919. His works and musical ideas were radical to such an amount, that he was expelled from the composition class at the Cologne “Musikhochschule”. Fritz Enkel was the technician, who took up the ideas of the aforementioned musicians and scientists, put them into an “electro-technical” concept and brought the studio to real life. Later composers and muscologists like Karlheinz Stockhausen and others used this studio for their musical artwork. (The pictures shows Herbert Eimert on the tape machine) 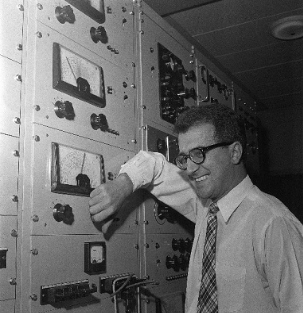 And also in Milan is was the liaison of music and science that brought to life the “Studio di Fonologia Musicale”. The musicians Bruno Maderna and Luciano Berio initiated it and together with the physicist Alfredo Lietti, who developed the technical concept, they created the biggest studio of this kind and of their time, even better and larger equipped that the studio in Cologne. Luciano Berio´s earlier works were influenced by Igor Stravinsky. He entered the realm of early electronic music from a rather serial approach. Later indeterminacy and probability became more and more important in his compositions and productions. Spoken words became a poart of his pieces soon after he started working at the Studio di Fonologia Musicale. Bruno Maderna was not a composer based mainly in electronic music. Electronic music was “just” one of the fields he worked on. Maderna was a real “multi-genre” composer (and conductor, and teacher): orchestral works, kind of chamber music, music for specific instruments, electronic music. It´s interesting, that he also composed a work for non-electronic instruments (flute and cymbals) plus tape, introducing tape to live performances even before Xenakis did so.

Alfredo Lietti designed and manufactured most of the equipment of the studio in Milan. It was essential for the “birth” of this studio, that Lietti was able to transfer the ideas and needs of the two musicians into technical instruments, which he invented and made. Another extraordinary feature was his skilfulness in using parts of broken electronic devices, designing whole circuits around them to reach the goal, that was set by the musicians. After leaving RAI in 1962 he worked at the Plasma Physics Research Center in Lausanne. (The picture shows Luciano Berio)

The charm and appeal of these “old” techniques, the workflow, that these machines ask for, a workflow so much different from how we are used to produce our music today, has never stopped to attract artists and make them try to take more than just a “sniff”, but to produce some works with the technique of the 1950s/60s. The studio in Cologne is still available. The picture shows the German musician Bernd-Michael Land while working on the “Aliens-Project” in 2018.