The Cradles of Electronic Music - Part 2 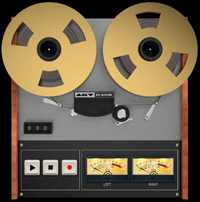 … but it all sounds rather “far away in the past”, and quite theoretical. IT IS NOT! And I´m not going to bore you with mere theory. There is a software called “Berna” (most up to date version: “Berna 3”).

Berna is a simulation of these early electronic music studios. It contains equipment from the mentioned studio in Milan as well as from the studio in Cologne. But it is not just the old functionality packed in software, not just a bunch of physical/electronic functions transferred to code.

You have to work with Berna 3 like Maderna, Eimert, Stockhausen and Co. had to work in these studios about 70 years ago. Berna 3 revives the spirit of those pioneers, it makes the atmosphere, the way of thinking and the way of looking at music and music production come alive again. 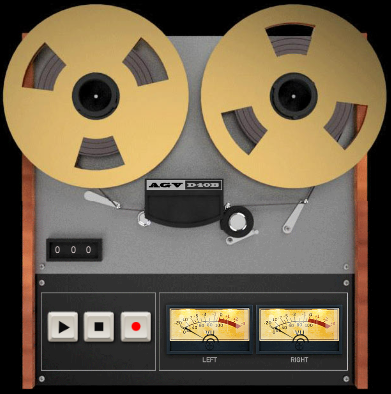 In that aspect Berna 3 is new, is up-to-date, is revolutionary. I´m probably older than most of you, my dear readers, and so I think that not that many of you still know how it is/was to produce with reel-to-reel machines, how it is/was to record the radio noise between the stations of an old analogue wooden radio, or how beautiful and exciting a simple analogue (not digitally clean) sine wave can sound when sent through an old analogue plate reverb. Just go and answer to yourself: what would I do, if I didn´t have anything else than that sine wave, a tube amplifier, a 10-band graphical equaliser with “terribly/wonderfully non-musical” bandwidths” and a 4 track tape recorder?

But Berna 3 is far more than that. It might well be the piece of software, that will help initiate this next “huge jump”, in that it helps us to leave our musical (producer) comfort zone, and to look beyond our own noses.

Berna 3 contains 39 of the old machines (sound generators, filters, reverbs, tape recorders, loopers, an oscilloscope etc.). To connect the inputs and outputs we have to use a Matrix (there are no virtual cables, which is the only thing that´s different than in the real studios).