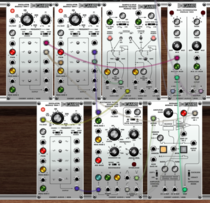 (contains embedded video, and if you want to support my work, please push the “PayPal” button at this website – thank you!)

“A Whiff of Krell” or “ARP2500 and Voltage Modular go Krell”

Today´s patch is inspired by what is usually called “Krell Music”. A bit of background information about”Krell Music” may come in handy here. It was the year 1956, when the film “Forbidden Planet” went to the cinemas. 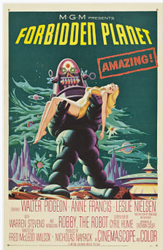 It was one of these “vintage” black-and-white science fiction films with cardboard space ships and rockets looking like big cigars, but there were some, well philosophical ideas concerning civilisations and societies in the plot, that made the film more fascinating than a lot of others of the same category. There were talks about an vanished but extremely developed ancient civilisation called “the Krell”. The Krell had a very special kind of music, as the whole soundtrack of the film was very special to say the least. The composer couple Bebe and Louis Barron invented even their own electronic circuits to make audible, what was in their composer brains. And when they published the whole soundtrack as an LP a lot later in 1976 the modular synthesis communities in the whole world ventured their own tries on Krell music.

Todd Barton is generally called the “father of modern Krell music”, as he firstly published AND explained the basics of Krell patches. So, let´s try something similar with the modules of the ARP 2500 in Voltage Modular.

I have called this patch (and this article) a “whiff” (only a whiff) of Krell, because the envelopes of the ARP 2500 don´t have CV controllable envelope stages, and we would need to CV modulate at least the rise (attack) and the fall (decay) stage of the envelopes, which would have to loop (what´s impossible either with the vintage ARP 2500 modules). But we are able to create something, that comes quite near to “Krell music”. Let´s do so. If you want to look at and listen to the patch and the music at first, just click the following link, where I have uploaded the result of what I´m going to explain step by step now:

The patch contains the following modules:

3 oscillator modules 1004-T, two of which serve as LFOs 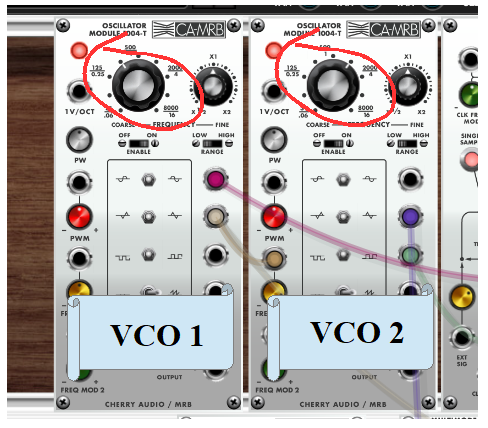 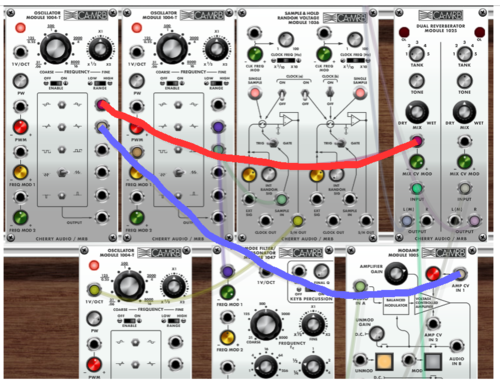 But this triangle wave of VCO 1 modulates the rate of VCO 2 as well (let me repeat it: both VCOs work as LFOs here in this patch). 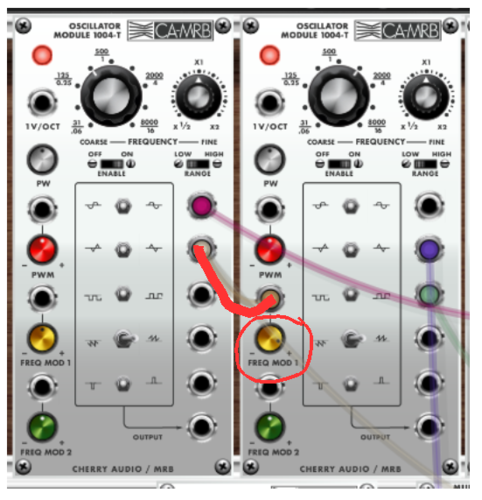 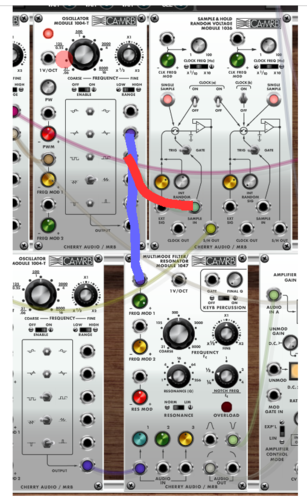 The sample & hold module modulates the pitch of VCO 3 (ha! Something that makes sound at last). The mixed output of VCO 3 is fed by the square wave and the saw wave. This mixture of waves is patched into one of the audio inputs of the Multimode Filter / Resonator Module 1047. 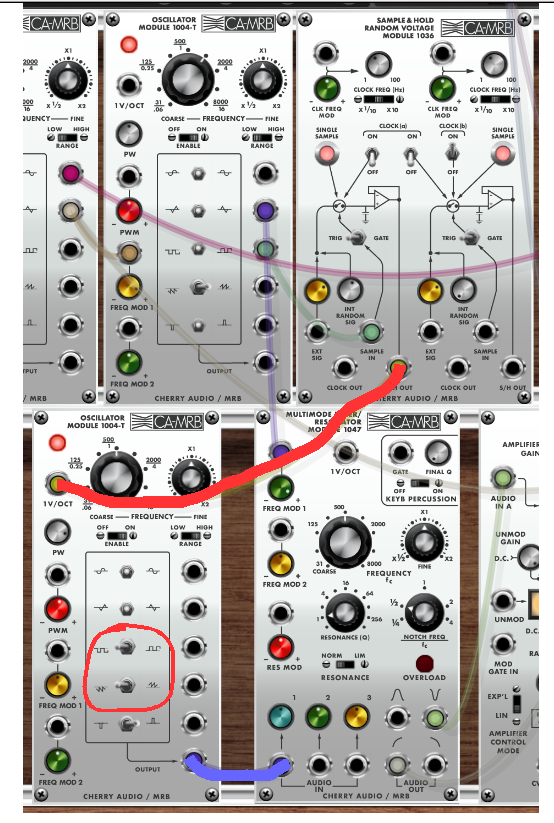 The patch uses two of the Filter´s outputs: the low-pass filter and the notch filter. The output of the low-pass filter is directly sent to the right reverb unit of the Dual Reverberator Module 1025 (remember: only the left of the two reverb units is modulated by VCO 1, which generates one of the nice stereo effects). The notch filter output is patched into one of the Audio inputs of the modamp module (remember: the Gain of the VCA is modulated by VCO 1). 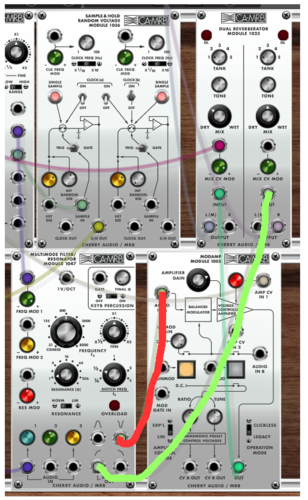 There is a bit of resonance adjusted (about 12%), and the centre frequency of the notch filter is different from the cut-off frequency by one half – please see the second article in this series about the Multimode Filter / Resonator Module 1047 if you have forgotten the meaning of this. The links to the articles are below.) 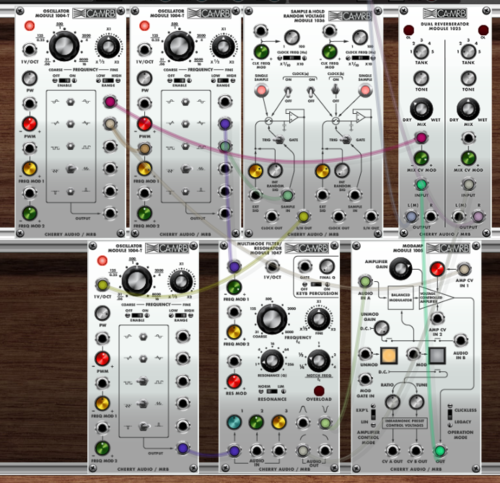