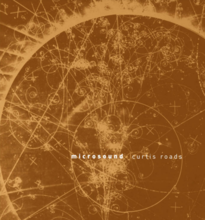 This is the last article concerning the history of working with sonic grains. But the matter itself – doing granular synthesis, granular tweaking of sound, granular processing in general – this matter will be dealt with in the next series called “In the World of Grains”). And if you´d like to dive deep into working with sonic grains at once, well, take a look here: https://www.dev.rofilm-media.net/node/332 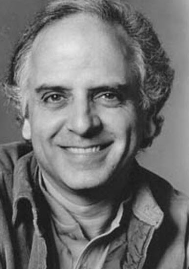 For those of my readers, who like to dive deeper into the science of working with grains of sound I strongly recommend the book “Microsound” written by Curtis Roads (MIT Press, 2004).

The example of Prof. Paul Lansky is kind of atypical for the matter of this book. After pioneering on the field of computer based sound generating and sound processing, and after working on this field for about 44 years, he turned his back on all kinds of electronic music and went (back) to composing acoustical instrumental music.

But what he left back had strong influence on a whole generation of electronic and/or computer based musicians, composers and producers. He developed not only software for generating and processing sound and for composing, but invented even the computer languages, which made it easier to write those software.

Thanks to Paul Lansky the processing of life sound became a manageable matter at all (more about this aspect in the next series about granular sound processing called “In the World of Grains”).

Lansky worked with so called “real-world” sounds a lot, and here his emphasis lay on processing the sound of the human voice. In his works “Idle Chatter” (1985), “just_more_idle_chatter” (1987), and “Notjustmoreidlechatter” (1988) he used a special kind of granular technique, which is now called “micromontage”. The generated and used grains are uncommonly large (80 ms and more). Their contend is pitched to common scales, and their arrangement builds clear rhythmical structures. https://youtu.be/hXATykTC9gs 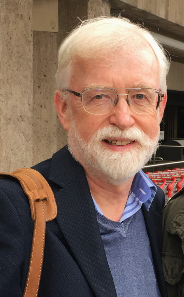 Prof. Barry Truax focusses on real-time granular synthesis. In fact he was the first to work with this technique, the first, who even made it technically possible. “Real-time granular synthesis” means a (mostly presampled, but sometimes even played life) stream of sound is processed, chopped into grains, which are manipulated (pitch, length, structure) and arranged in time (density, rhythm) in real time, opposed to the non-real-time techniques of before, where grains were generated from diverse sonic material, stored somehow (on tape in the beginnings of granular synthesis, later on computer storage media), and then manipulated and arranged, more or less piece by piece, grain by grain.

All of the popular granular applications (VSTs, AUs etc.) of today work with real-time granular synthesis, some more, some less consequently (see the upcoming series of articles called “In the World of Grains” here at my site, or read about my book here: https://www.dev.rofilm-media.net/node/332).

Truax was also the first, who worked with samples as raw material for granular sound processing in his compositions.

And he was the first to explore the sonic potential of the field of – or should I say the area of conflict -synchronous and asynchronous granular synthesis, where the grains are arranged equally along the time axis, generating the notion of frequency and pitch, and enabling pitch shifting and time stretching effects (synchronous order), or appear in a random, irregular order with unequal spaces between the grains (asynchronous order).

His composition “Riverrun” from 1986 is an impressive demonstration of using this field of sonic conflict in a creative way (see below).

Truax developed a detailed system of how to compose using granular sound processing, a system, that may be called even a set of comprehensive rules. He himself used to call it a compositional “strategy”.

As this chapter is meant to give just a brief overview, only one last matter shall be mentioned here, before I spend some words on the composition “Riverrun”. In his essay “Ecologically-based granular synthesis” (together with Damián Keller, 1998) Truax and Keller explored the matter of classifying environmental-based sounds and using them in compositions utilizing granular synthesis, thus taking a huge step forward in structuring the idea (perhaps even the ideology) of what I like to call “The World is Sound”, and making it manageable in real compositions. 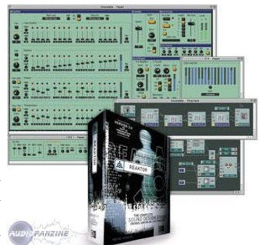 But now for “Riverrun”. Let me quote the composer himself:

“Riverrund is based on synthesized grains … . However … the resulting textures are always dynamically changing and range from swarms of relatively isolated sound events to fused sound masses of great internal complexity, much like environmental sound generally and water sound in particular. The fundamental paradox of granular synthesis – that the enotmously rich and powerful textures it produces result from being based on the most “trivial” grains of sound – suggested a metaphoric relation to the river whose power is based on the accumulation of countless “powerless” droplets of water.” (in “Composing with Real-Time Granular Sound”, JSTOR “Perspectives of New Music Vol. 28 n.2, 1990)

I apologise to all of the younger musicians, composers and scientists, who are working with granular synthesis, exploring the field of granular sound processing, and finding their own ways and systems to develop the utilizing of sonic grains in art until today, for not mentioning them here. As I mentioned above: this chapter is meant to deliver only a brief historical overview.

Even if dealt with in more detail in the chapter about software later in this book, the DAW based software application “Reaktor” (first publicly available version in the late 1990s) by Native Instruments deserves to be mentioned here in the history department of this book, as it is the first DAW based and popular piece of software, which is able to do granular processing of sound.

The matter of working with sonic grains is going to be dealt with in my upcoming series of articles called “In the World of Grains” here at my website.