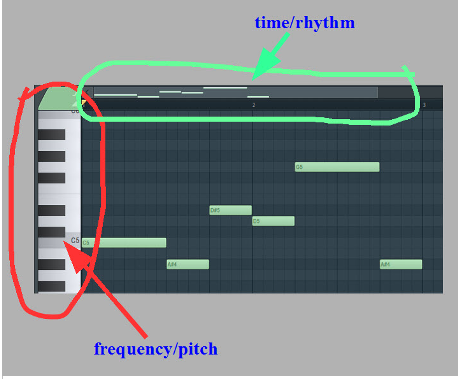 Alright then. Let´s do the next steps in the history of grains of sound, granular synthesis music, granular resynthesis etc.

Let me name only two of the above mentioned assumptions.

Before sonic grains entered the playground frequency and time were dealt with as different things in music. In simple words the relation “frequency is pitch, and time is rhythm” had been generally accepted for centuries. Granular sound processing smashed this assumption to pieces.

The second – and perhaps even more radical change of view – concerns the relation of a composition to the sounds it uses (or is meant for).

The composers set up their parts, write their music, a music, which is written in certain forms (and even freedom of design is “form”), which then are performed using – sound. The composition and the sound belong to each other, but they are different things, different aspects of the whole piece of audible art. 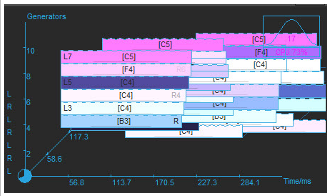 Granular synthesis and granular sound processing smashed even this assumption. Using granular techniques – and before using the techniques thinking in dimensions of sonic grains – made it possible to compose sound in an even more detailed – and free – way, than it had been possible to do with pitch, key, rhythm etc. in so called classical compositions.

Composing sound instead of composing pitch and rhythm, developing sound scales instead of pitch scales etc. got into reach. And even the idea of sound, which composes itself has changed from a mere philosophical idea to a real field of research – through granular sound processing.

It´s not the goal of this brief historical overview to name all important composers, scientists, musicians and great thinkers, who contributed – and partly still do so - to the matter of grains of sound. And even if it hurts – more than a bit – not to talk about such phantastic people like e.g. Ingrid Chantal Daubechies, Walter Branchi, Simon Emmerson etc., let me say some words about only three of them at the end of this short chapter: Barry Truax, Curtis Roads and Paul Lansky. 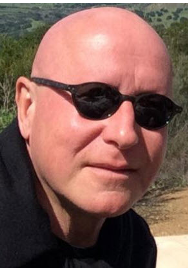 Curtis Roads, even if contributing a lot not only to – let me call it – granular music itself, but also to the development of computer software to deal with the granular aspects of sound, he never limited himself to using only granular sound generating, granular sound processing and granular approaches to composing. His goal was rather creating and investigating music, which uses - what he called - “polychromatic timbres”. Granular techniques were just one of a bunch of ways to generate these timbres.

His education as well as his professional works are as “polychromatic” as his compositions.

It may come in handy to give a simplified explanation of the term “polychromatic timbres” at this point. The classical limitation of dividing an octave into 12 notes of a certain pitch, each of which laying apart from its neighbours by 1 semi-tone, which all classical scales can chose their notes from(e.g. C major: C-D-E-F-G-A-B), is overcome by microtonal scales, in which the differences in pitch can be less than 1 semitone. There are a whole bunch of ways (or systems) to divide octaves and other intervals, and build microtonal scales. 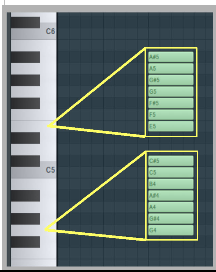 A (or even the?) framework of exploring these different – desirably all possible – ways of dividing is called a “polychromatic system” (of pitch).

Polychromatic timbres expand this idea from pitch to spectra and their changes in time ( = sound).

In his piece “nscor”, first published at the International Computer Music Conference in New York, 1980 he demonstrated what the term “polychromatic timbre” means in a real composition. Containing prerecorded sounds generated by utilizing different techniques like subtractive synthesis, additive synthesis, frequency modulation and granular synthesis, granular techniques cover only about 50 seconds (in parts of 3.5 seconds, 12 seconds and 34 seconds at 3 different moments in the piece) of the whole work, which is (in the version of 1986) 8 minutes and 58 seconds long.

In a short email conversation concerning the permission of using a part of his works in the video, which accompanies this book, Prof. Roads remarked, that his piece “Prototype” from 1975 was a better example than nscor, and sent me the most important parts – concerning the matter of early applications of granular synthesis – as a sound file, which is now part of the video (see link). I´d like to thank Prof Roads for the hint and the sound material here in this book. https://youtu.be/1tpczeDPI7I

Nevertheless Roads performs all different ways to use granular sound design, which were technically possible in the 1980s. We find accumulations of layered grains, which explosively accured building bell-like sounds, that seem to be generated by frequency modulation, but trying to rebuild these sounds using only FM methods you discover, that what you are trying is a mission impossible.

There is a longer lasting granular part working with different densities, starting with a dense cloud-like bunch of grains, whose individual sounds are unidentifiable. Reducing the densitiy the individual grains, respectively their sounds, get more and more recognisable until they dissolve and go up in single sonic events like the flashes of a christmas sparkler.

Changing the spectral bandwidth of the grains´ content sets a whole world of sonic experience, which could well be called “polychromatic” itself. (see also here: https://www.dev.rofilm-media.net/node/332)

Members can download all patch presets which are mentioned in the book as an updated version (updated to VCV Rack 2) in the "book download" menu of this page (visible only to members). All owners of this book, who are not members have got an individual update email yesterday.

Musician, scientist, universal artist, creator of music software like “Berna 2”, “Bento”, “Ongaku” and more. Giorgio lets us have a look into his world of art, science and philosophy.

The members-only download is prepared for our members. Just follow the corresponding menu item (visible only to members).

The regular price of this volume 2 including more than 120 modular synth patches, more than 190 pics, and legions of additional video clips, plus soundfiles, plus all diagrams and screenshots in big as an additional PDF is 27.50 $. Only until the end of September I have a special offer for you:

if you get yourself both volumes (volume 1, regular price 24,50 $ plus volume 2) NOW, you pay only 39.00 $ all in all (instead of the regular 52,-$).Just click the DONATING link below. And please notice the additional discounts our book partners give to every buyer of my books (see menu item PARTNERS).