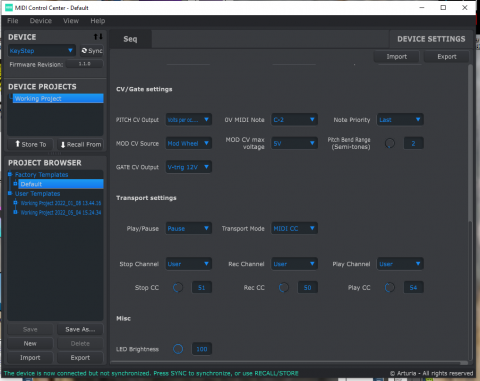 First of all: having the choice whether to modulate a certain (for example) VCO using MIDI or using CV is an increase of flexibility, and therefore a plus point to the advantage of semi modular (do you remember the first article in this series? The price factor was another advantage of semi modular). There are two kinds of modules you would like to have more in an exclusively semi modular set-up quite often: VCAs and Multiples. And being able to use MIDI connections in addition to patch cables will help you out when – again – you are missing a multiple (and after all: what is the use of multiples with only two outputs – that´s the norm with multiples in semi modular synthesizers - when you are patching a four voice sequence!?!). OK then, let´s shout out “hurrah” for the MIDI connections in our semi modular setup. But you may well be surprised when you use your MIDI cable the first time additionally to patching CV. Let´s say you are using an external sequencer – I suggested doing so in an earlier article in this series. Let´s further say you have tuned all the VCOs properly, and your synths as well as your external sequencer do have MIDI connectivity. You have patched 2 of the VCOs (in two different of your semi modulars) using CV (patch cable), A third of your synths is connected to the sequencer using MIDI. You start the sequencer – and the VCO in this third synth goes out of tune – completely! What has happened? Well, the problem is caused by the MIDI settings of your sequencer. CV is voltage. The modules in your semi modular synths react to Volts. A certain amout of Volts is – for example – a certain pitch of the VCO, which certain pitch depends of how you have tuned your VCO. Once tuned everything is OK given that all your machines follow the usual 1Volt/octave characteristic. But MIDI, well, that´s a series of zeros and ones. And these zeros and ones have to be converted to Volts. You hit a key at your – let´s say – Arturia Keystep, and the VCOs which are connected to the Keystep via the CV output deliver the pitches you want them to deliver, but the VCO connected via MIDI doesn´t – because the MIDI settings at your Keystep (the sequencer) convert MIDI´s zeros and ones belonging to the key you have hit to a different amount of Volts. You have to adjust these settings in the software which comes with every sequencer (which is equipped with MIDI functionality). What is the base note (= zero Volt)? What is middle C (C3 or C4)? All these things you have to adjust and keep in mind when using MIDI modulations additionally to CV modulations. And it´s also a more than good idea to have a look at the MIDI implementation chart of your individual semi modular synthesizers, when you want to use the MIDI connection a bit more sophisticated than only modulating the pitch of your VCOs. As long as you deal only with “classic” CV and “classic” patch cables (as you normally do in Eurorack) you don´t have to bother about these things. All in all we can say, that the additional MIDI functionality of our semi modulars is an advantage, but the need to know (and to look up again from time to time) the different details of your (different) semi modular machines doesn´t really simplify your workflow. 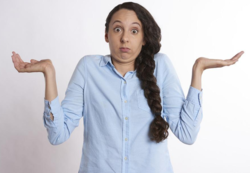 Now for the last aspect of workflow mentioned in the last article about working with semi modular synths compared to working with pure-blooded modular systems. Quite a lot of semi modular synthesizers come with integrated sequencers. You will have a couple of quite different sequencers spread across your large semi modular setup therefore (you could afford a large one, because you have saved a lot of money compared to buying Eurorack modules – see part 1). Nice, isn´t it? Well, maybe, maybe not. The different functionality of the sequencers (absolutely different often enough) doesn´t really contribute to an effective workflow, and I bet most of these sequencers will stay unused most of the time. You will have to take into account, whether or not a certain sequencer can be decoupled from the synth it is a part of. It´s quite awkward sometimes: you want to use integrated sequencer X (which is part of semi modular synth X) to sequence the VCO (or something else) in semi modular synth Y – but you´ll lose the independence of (e.g.) the VCOs of synth X, because the sequencer modulates inevitably the VCOs in its synth. Another - strange – aspect is the fact, that some of these integrated sequencers don´t follow the 1 Volt per octave characteristic. You don´t notice this as long as you use the sequencer only to sequence the modules of its own synth, because the manufacturer has internally put a circuit between the sequencer and the VCO, which changes a (e.g.) 0.5 Volt per octave characteristic to a 1 Volt per octave characteristic. But the sequencers CV out patch point delivers the unchanged 0.5 Volt per octave.

The next article in this series will probably be the last one, and I´ll try to write something like a conclusion if or if not to go for Eurorack (5U or whatever modular system), or rather a medium (or even larger) sized setup containing a couple of semi modular synths (plus an external sequencer).