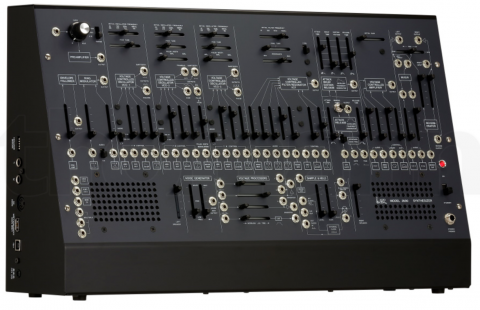 I talked about the aspect of costs and expenses concerning semi modular synths compared to real modular (Eurorack) synthesizers. My concern of today is the aspect of flexibility. Do semi modular desktop synths limit flexibility? Are there things you can´t do using e.g. (Korg or Behringer) ARP 2600 but you can do using a modular setup containing all the functional modules that are in an ARP 2600 of whatsoever a manufacturer? Well, let´s spend some time thinking about it. 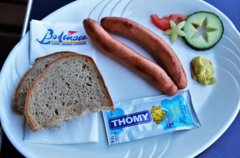 As long as you use only one single semi modular analog synth – or any semi modular synth – and you are perfectly fine with it and you are not in need for more functional units (be humble and modest and you´ll be happy for the rest of your life - hahaha), and as long as each module of your synthesizer has individual inputs and outputs which interrupt the internal pre-wired connections (see chapter 1 in part 1 of this series), as long as all this is given and valid you won´t meet any disadvantages compared to having a Eurorack setup containing the same kind of modules as your semi-modular. There won´t be any limitations or downsides concerning flexibility. There´s a video tutorial about patching Behringer´s Neutron. More about it here: https://www.dev.rofilm-media.net/node/28 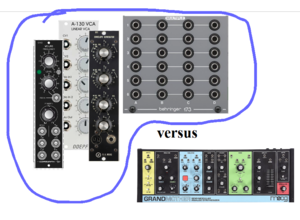 But let´s be honest to ourselves: will this ever happen? I mean: will we ever be perfectly satisfied by the collection of functional modules that we have at hand? Will we never want more VCAs – especially VCAs !!! - more and different envelope generators or LFOs or a second sample & hold unit? And what about delay, reverb? Hm, a wavetable VCO would be great, wouldn´t it? A second sequencer (or a sequencer at all). Or some of these at the same time (not to talk say “all of these”). Alright, not that much of a problem – financially. Semi modulars are relatively cheap compared to Eurorack and other modular systems as we have seen in chapter 1. It´s not much of a problem, or is it? Well, let me construct an example. I´ll take Behringer´s Neutron again. So, you have 2 VCOs, an LFO, 2 ADSR envelope generators, 1 VCA, white noise, 1 multimode VCF, 1 overdrive, 1 delay, 2 attenuators, 1 slew rate limiter, 1 sample & hold, 1 (small!) multiple. You can travel quite far with this machine, but – and I can tell you this “but” will come sooner or later – the time will come when you want e.g. at least 1 more VCA, a second LFO, another (and larger) multiple and 1 more envelope generator. 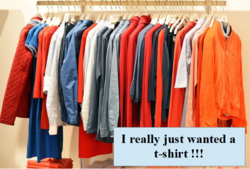 Sounds like a simple task and not even expensive with semi modulars – you might think. But you are mistaken! The problem is going to be the VCA. The least expensive semi modular synths on the market don´t have an external VCA audio input! They have a VCA out, they have (some of them do) and external VCA CV input – but they don´t have an external VCA audio input. This means you cannot use this VCA for other purposes than amplifying the own VCO of the synth. You have an additional VCO-VCA combination, but not an individually usable VCA. You´ll have to reach out for semi modulars of higher price ranges (and even there you´ll not always find what you want/need concerning the VCA). And with these larger and more expensive semi modular synthesizers you get a lot of things you have not been looking for (that´s no problem actually – I´ll need it sometime anyway). So, you get a lot of things you don´t need right now, but you have to pay for them (and that is a problem most of the times). 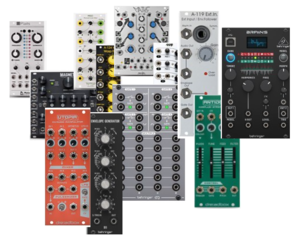 What are you going to end up with: you start thinking of buying a tiny little very small and as inexpensive as possible – Eurorack case and a Eurorack VCA module (the Roland/Behringer double VCA modules for example – you´ll get 2 for a nice price – or something like that). Bang! - You are slowly but surely sliding away from semi modular and giving in to the gravity of a black hole called “Eurorack”. “Stop it! I don´t want to!” you are shouting. Well then, stick to semi modular and buy a bigger one with a VCA equipped with an individual external audio input. You´ll get all the other things you wanted as well (LFO, multiple – not a larger one as you were longing for though – envelope generator). And you´ll get a bunch of modules, of great and wonderful modules, you weren´t in need for at the that moment. And you have paid more than you had thought you´e have to. But does it matter? No, You have a lot of new modules at hand now, and for a price only a fraction of what you would have to pay in Eurorack. Do you see what I´m aiming at? Can you see what you are going to end up with – when another VCA is needed, or just some more envelopes? You will have legions of VCOs at hand, a “million” of noise generators, sample & hold units all over the place, legions of tiny little 2-jack multiples – but only a few VCAs – and no sequencer.

“Ha!” you say. “I have one – and for a sensationally low price!” Ok, I know aht you are talking about: Behringer´s Crave for about 200 dollars – some nice modules PLUS a sequencer, which can sequence even other synths and modules in other synths. Well, yes it can. But Crave´s sequencer is quite tricky concerning sequencing external hardware – and do you really want to have the Crave running parallel to to you (external) other sequenced semi modular? That´s a common problem of nearly all semi modular synths which have a sequencer on board: decoupling this sequencer from the synths internal VCO is a bit of fiddly (if possible at all). So I don´t see those included sequencers as really individual units. Not a very big problem though – take a Korg SQ-1 for about 100 dollars, and you are better of.