How the sound of “Ered Nimrais” is made

First of all, what is Ered Nimrais? Well, it´s a fictive moutain massive mentioned in Tolkien´s trilogy “Lord of the Rings”.

Let me quote the booklet of my last sample library:

“In the south of Middle-Earth there are the mountains of Ered Nimrais, also called the White Mountains. Here we find Helm´s Deep, the Glittering Caves of Aglarond, the Path of the Dead, and at the foot of the mountains the realm of Rohan. From Gondor to Rohan along the peaks of the Mountains men have installed the signal fires to call for help.” 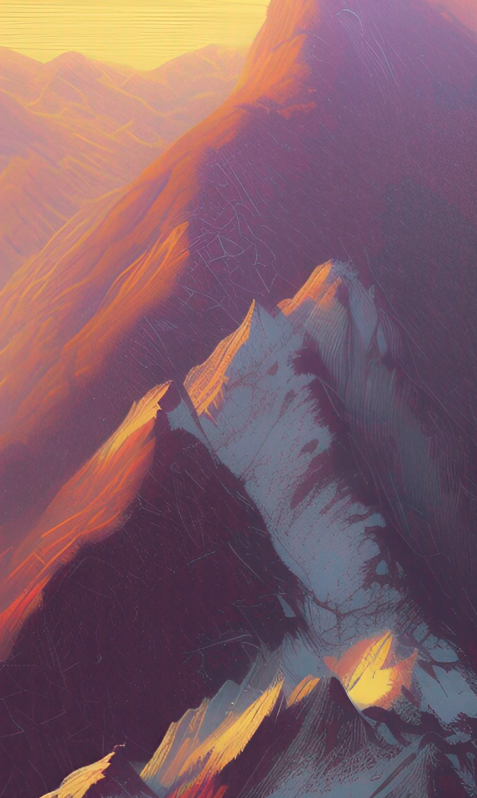 When I made the sample I thought of an eagle flying over the whole range of the White Mountains and seeing all the things I mention above, enjoying the landscape, flying over high snow covered high peaks, over deep cliffs and small valleys, over green meadows on mountain plateaus, diving between two prominent mountains where the sun doesn´t send its beams, then suddenly behold a sunlit scarp slope gleaming in front of him.

There are 7 layers in the about a minute long sample. The base sound is the single note G4 played by a modular VST synth called “Bazille”. It´s a rather complex patch imitating a combination of a string instrument and brass. The corresponding file in the Ered Nimrais Construction Kit is called “mountain massif”.

From second 4 to second 10 the eagle flies over a group of 3 extremely high and impressive mountains, which is represented by the phrase G4-Gsharp4-Dsharp4-Asharp4 played by a VST string orchestra, which is build – again – by Bazille. As the eagle flies by the position of the sound in the stereo field changes. The sound file is called “four mountains” in the construction kit.

The phrase is answered by the closing phrase Fsharp4-G4-Dsharp4-D4-G3 played by another string ensemble, which is made using a freeware VST called “Alpha Ray”.There´s a bit of delay added (rather short delay time, but quite a lot of feedback). The sound file is simply called “phrase”.

Then there is the suddenly appearing scarp slope, sunlit and impressive. The sound is made by the interval (or half-chord) Asharp3 plus G4, and is played by a software replica of the Korg Trident synth (Full Bucket´s “Tricent MK III” VST). The file in the construction kit is named “scarp slope” (what else ?!).

Then we have the sunrise layer (it´s even called “sunrise” in the construction kit). This layer is made using Bazille again. It´s a rather complex patch resembling a brass orchestra. The played notes are G3 and D4 played in an interval (half-chord).

Well, and that´s it! That´s how the sample “Ered Nimrais” is made.