Some years later, maybe at the age of 8 or 9 I got my first reel-to-reel recorder, a Uher tape machine, equipped with a terrible microphone, but the rest of the tool was excellent for its time. And as my recordings were quite ugly because of the bad microphone, I started messing around with the machine, and got fascinated what 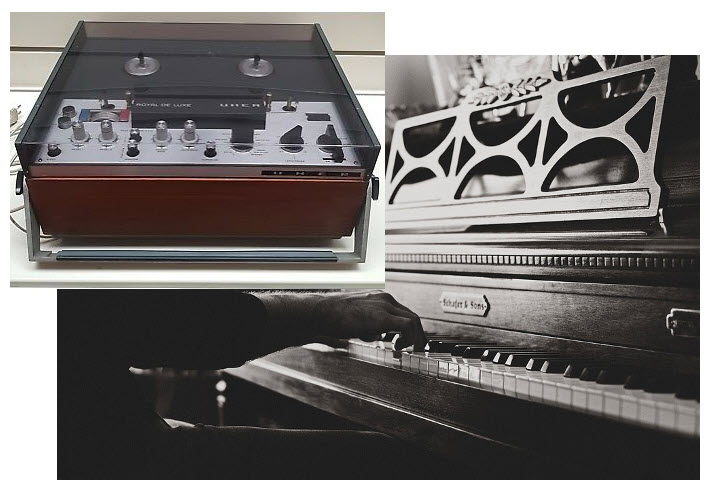 interesting sounds I got, when changing the speed of the tape, when playing back my recordings. Later I started recording from the radio (via cable), and again it was not Chuck Berry, nor Little Richard, nor – wow! - Jerry Lee Lewis, nor Muddy Waters, who drew my attention most (even if I liked them, and do so until today), but the radio static I had caught on tape, the radio static and how it sounded, when experimenting with the tape´s speed.

Like most, if not all, of my mates I took it for granted, that changing the speed of a recorded piece of sound means changing its pitch. And so I didn´t mind, that the sounds I got when turning the reels manually and very very slowly were pitched down a lot, and didn´t represent the real sonic goings on during that second (nobody thought of milliseconds concerning sound back in the days) I was scanning over again and again.

Well, it was a long time later, in my early twenties, I had got me an ARP Odyssey some weeks ago then (I couldn´t afford an ARP 2600), when I read about Xenakis and his work with tape. 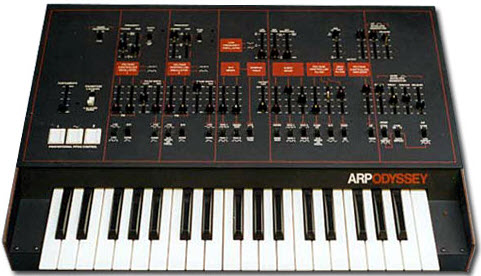 Understandably I started my own experiments with recorded ARP sounds and tape (snippets of tape).

Again a good deal later the age of affordable little computers began. My first one was a Sinclair ZX81, and I had some fun learning the language BASIC. Later I bought an Apple IIe. But it was not before I came upon Atari´s 1040 ST and C-Lab´s MIDI sequencer software “Creator” (then a bit later “Notator”), that I understood the importance of IT concerning music and music production. I was still eagerly looking for ways how to be able to buy something modular

So it didn´t occur to me, that even generating sounds (like with my synthesizers) could be a matter to be approached by computers. This changed, when Yamaha started

selling its CX5M, a combination of a computer and an FM synth. I bought one and started designing sound with it.

Nevertheless it still took a lot of years more before I jumped on the VST/AU train, and with the new technology called “PC” getting better more and more, working with grains got digital, got easier to handle, and the manageable grain size got smaller and smaller.

I had discovered more powerful languages than BASIC in the meantime, and when the Internet, and later the “www” spread across the country more and more, learning to code, communicating with other sound workers, and getting my hands on more and more information got fast and easy.

Speed and pitch had already got independent from each other quite a time ago, and there were even the first granularly sound processing applications, 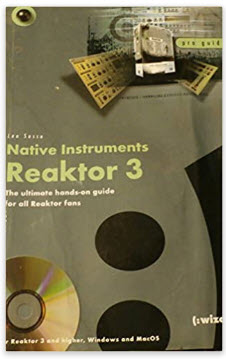 as well as developing environments with graphical user interfaces on the market – i.e. NI´s Reaktor, just to name the probably most famous of them.

And so I could dive deeper into investigating sonic grains than I had ever hoped to be able to. And I did.

Interesting enough it was exploring of sonic grains, which let me intensify my works with microphones – out there in the wild as well as in my own flat. Recording sounds somewhere and working on them later in the studio supplemented not only my granular studies well.

My need for more flexible tools to process my recordings made even my old love for modular synthesis and modular sound design blossom again, and that the more as in the modular world analogue and digital, classic and IT based can coexist and build a highly creative environment. Even tape finds its place here in my hybrid approach to working with and working on sound.

(I nearly forgot to mention my love for vintage synths and for DIY projects, but, well, just explore this website.)